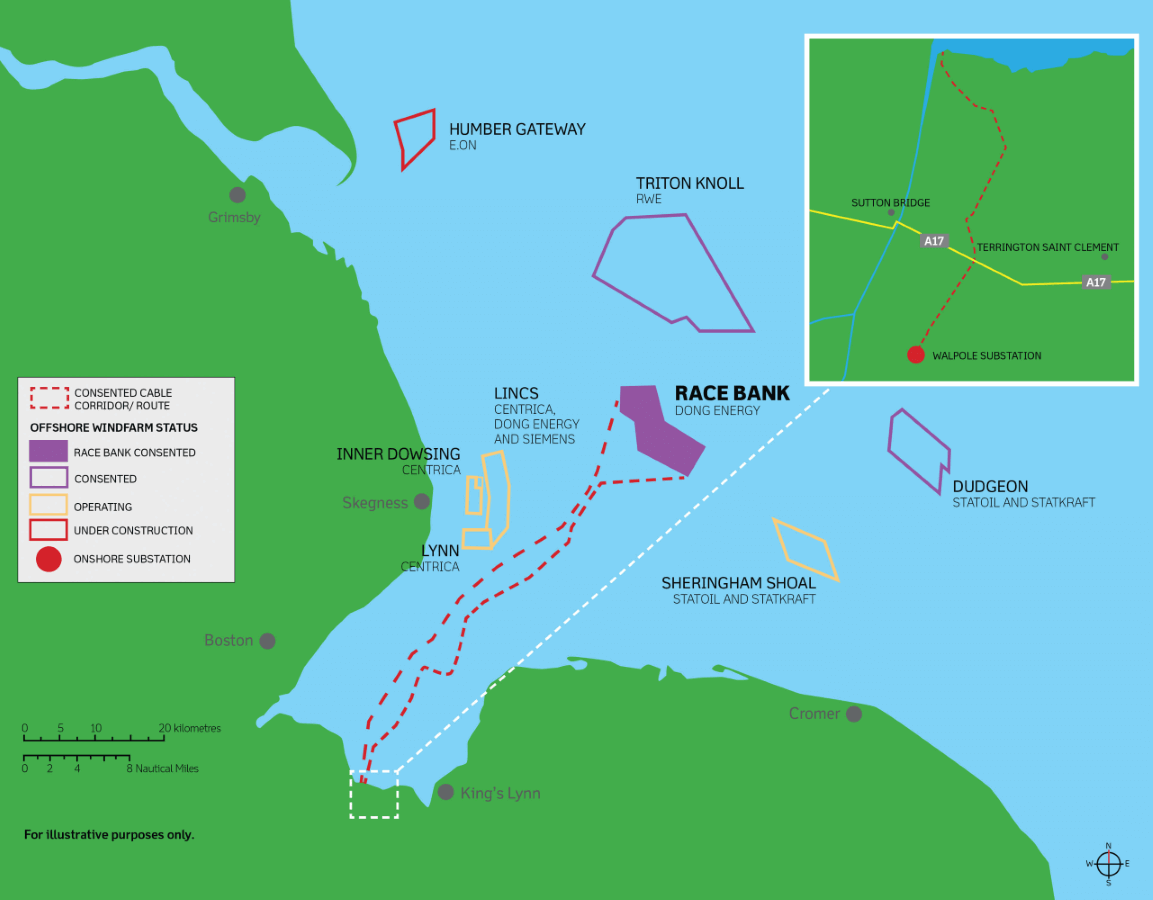 The Race Bank wind farm is a 573 megawatt project. The wind farm has 91 Siemens turbines and construction started in Spring 2016. The wind farm is owned by Ørsted, Macquarie and Sumitomo Corporation. It started generating energy in June 2018 and is operated by Ørsted out of the port of Grimsby. The estimated cost of the wind farm was £1.7 billion. The area which the wind farm covers is 75 km2 and the electricity produced by it is brought onshore at Sutton Bridge; it connects to the National Grid at Walpole in Norfolk. It generates enough electricity to power around 500,000 UK homes. The wind farm is the first one to use blades that are 75 metres long and these were produced in the Siemens Gamesa factory in Hull.