GB Railfreight operate over 1,000 trainloads a week in the UK which is about 15% of all rail freight in the UK. In the UK GB Railfreight employs about 750 people to operate the business. The business has a fleet of 120 locomotives and over 1,100 wagons which are used to transport a wide range of products. The business transports products for a number of large and important businesses in the UK such as Drax, Network Rail and EDF Energy to name a few.

GB Railfreight transport mainly 5 types of cargo and these are:

Below are 4 maps which show the routes that GB Rail Freight operate in the Humber region. They are Biomass, Coal, Petrochemical and Intermodal. 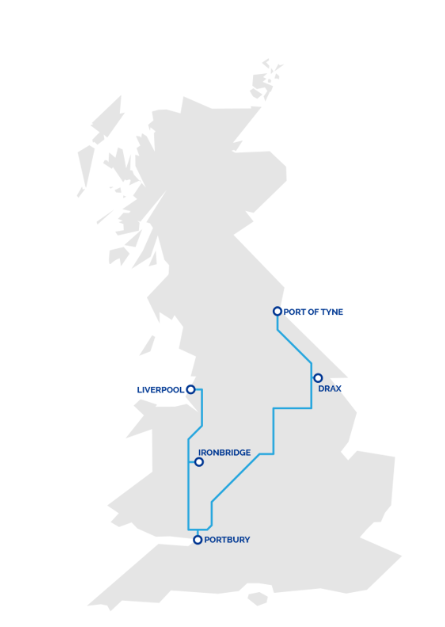 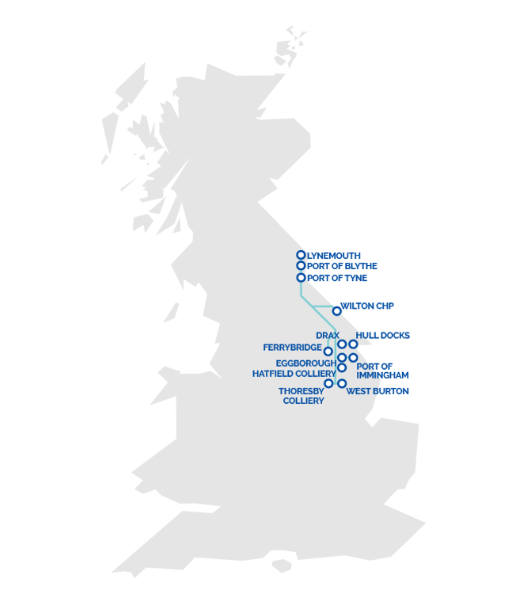 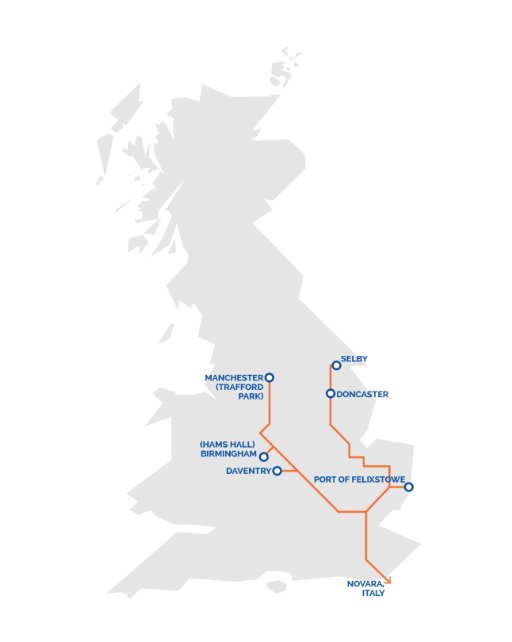 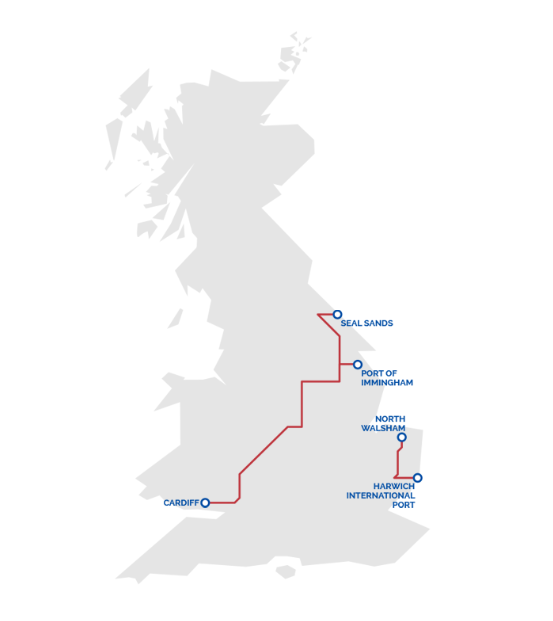