The Port of Goole is the UK’s most in land port and is located around 50 miles from the North Sea up the River Humber. Due to the port being located so far inland, the port is ideally located for quick access to the UK’s main transport infrastructure. The port is located within less than two miles from the M62 which leads to other major motorways routes such as the M1. The major industrial areas of West and South Yorkshire are only a 30 minute drive away and the North Midlands and North-West are only an hour away. This means the port is perfectly placed to take advantage of the trade in the area and hopefully this trade increases into the future. The port also has a connection to the canal system in the Yorkshire region and beyond. The Port is close by to the 310 acre Capitol Park distribution centre which is where major international businesses have located part of their distribution network in the UK.

The Port can handle a number of different types of freight including:

Although the port is connected to the River Humber which is tidal, inside the port the water level is kept constant at 20 feet. This is the result of the installation of 3 locks at the entrance of the port. This means the port is at a constant water level for unloading and loading ships.

The port has a range of equipment to aid in moving cargo around the port. Equipment includes:

At the port there are a number of terminals which handle various cargo for example containers, dry bulk (20,000 sq m of covered storage), forest products which come from Northern Europe and project cargo. As well as this the port has a dedicated rail-freight terminal that can handle trainloads of cargo both in and out of the port. The port also has a two tank-storage facility for imported vegetable oils which is located at the barge dock. In additional the port can import and export oils by transferring them directly from road tankers. This facility allows the port to limit the time it takes to get oils from a ship out to the location the oils need to be. 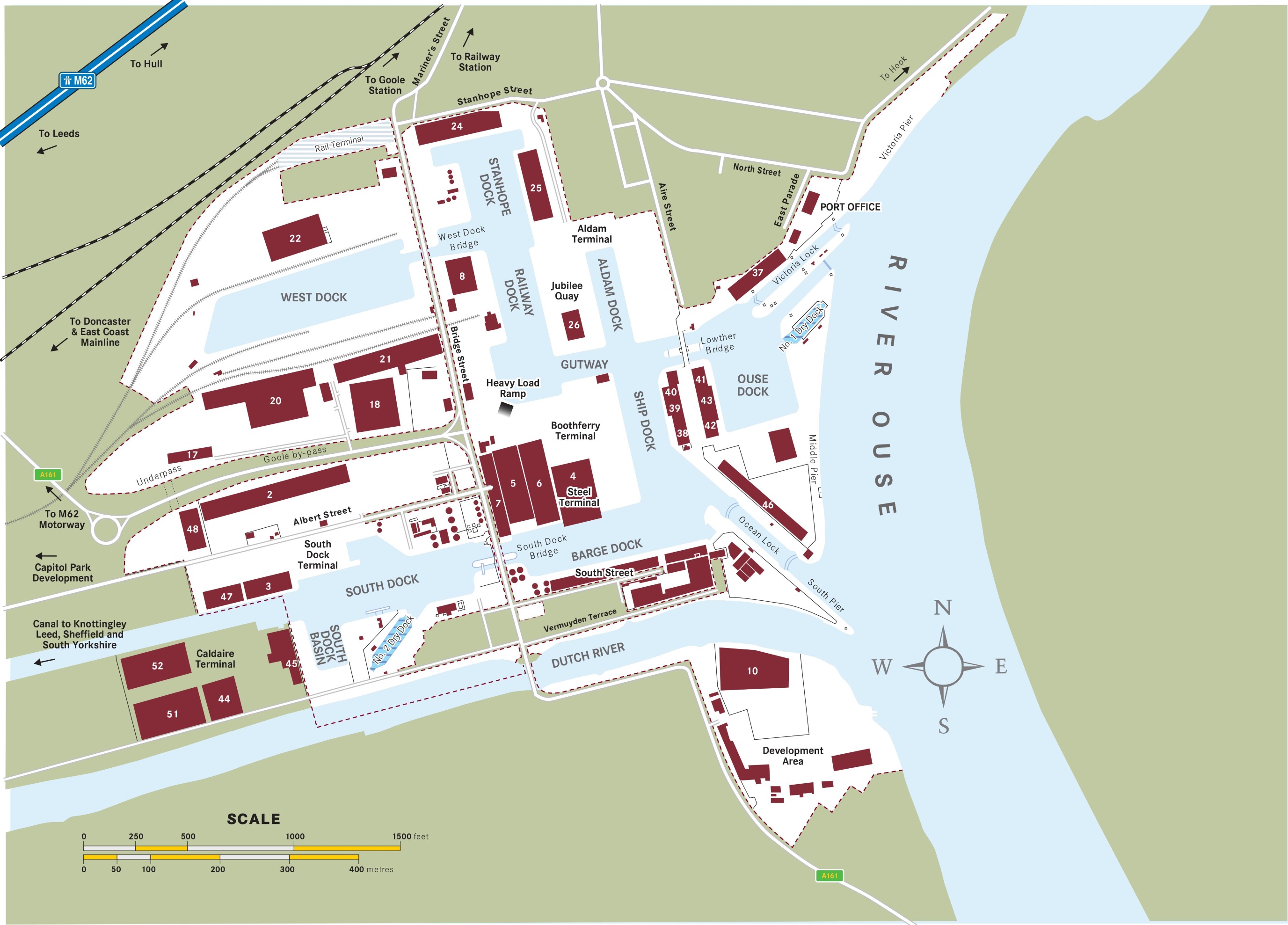