The Port of Immingham is located on the South Bank of the Humber giving it ideal access into the European market. The Port was completed in 1912 and was mainly concerned with the movement of coal. Over time, with the development of the railways, the port grew and, after the Second World War, expanded alongside nearby large scale industrial developments.

The Port can handle a number of different types of freight including:

With extensive deep-water facilities and high-quality service, it makes Immingham a market leader in the UK and first choice for a wide range of customers and traffics. The port specialises in the petro-chemical industry alongside handling the exports and imports of thousands of cars each year. The port also handles about 20 million tonnes of coal which goes to a number of power stations across the UK. Immingham has a range of suitable assets, from a container crane which can lift a maximum of 40 tonnes to a range of mobile harbour cranes. The port receives freight from around the world including large quantities from the Far East like processed fish products.

The port has good access into the UK through a network of motorways and rail links. With these links Immingham can cover a wide span of the UK including easy access into Europe. With Humberside Airport situated only 11 miles away, the port is cleverly located giving it full integration with all nearby transport and distribution needs.

In order to stay atop of the competition, major investments have been made to build the new Humber International Portal. The terminal was one of the main port developments in recent years and it enables the port to operate in new markets that has attracted major new customers.

The Immingham Renewables Terminal began to operate in the third quarter of 2015 with its primary purpose of bringing ashore biomass material. The terminal is a £75 million investment into Immingham port and is part of the master plan to transform the Humber into a renewable energy estuary. It has been built to aid in supplying the new feedstock for part of the Drax power station. ABP have signed a 15-year contract to provide biomass to Drax from the port of Immingham and the port of Hull.

The terminal is the world’s largest biomass import facility and is a mixture of unloading equipment, 1.2km of conveyors, storage and the ability to automatically load trains with biomass. The two pieces of equipment responsible for the offloading the biomass off a ship are screw conveyors that are more efficient than ordinary cranes, and can operate continuously at 200 tonnes an hour. The terminal has space to store 100,000 tonnes of biomass and can handle a fully laden Panamax size ship. This means the facility can accept biomass from all around the world, and in July 2015 it received the world’s largest shipment of biomass from British Colombia, West Canada. Normally, the biomass comes from Quebec City where they have just finished a dedicated biomass terminal.

As for distribution out of the facility, the biomass can be loaded directly into railway wagons which travel to Drax. As part of the investment into the Renewable Terminal, the rail infrastructure between Immingham and Drax was significantly upgraded to guarantee a fast and regular service between the two locations. 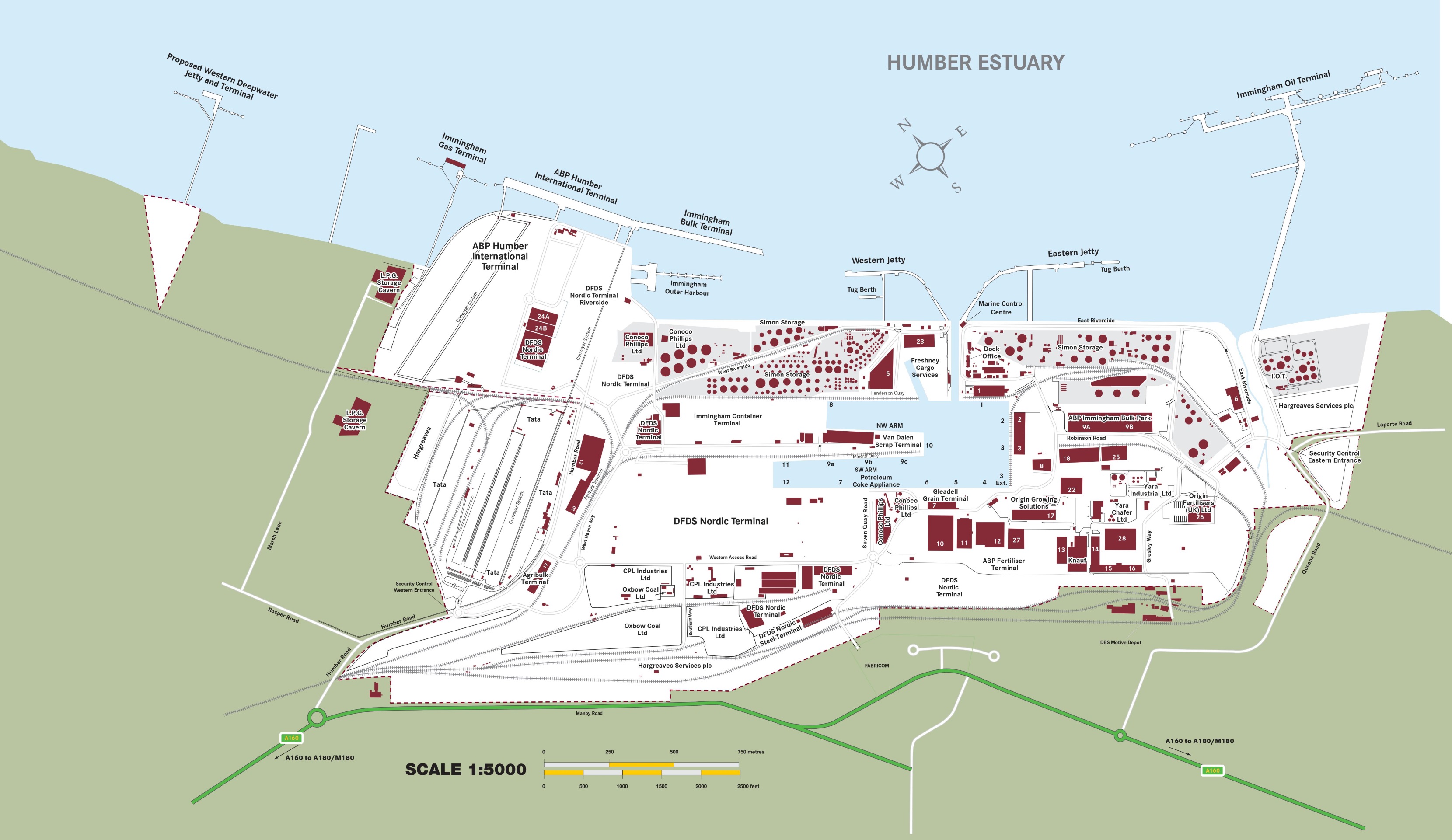