The Chemical industry has a major influence on both banks of the Humber and has created over 15,000 jobs with around 120 businesses. These jobs are highly skilled and without them, major businesses would not be able to be locate to the Humber region.

Vivergo Fuels is the UK’s biggest brewery and the biggest user of animal feed wheat in the UK.


In the Humber region one of the major industries is the chemical industry. On both banks of the river Humber there are large chemical assets which produce a wide range of products. From BP at Saltend on the north bank to Total on the South bank the chemical industry directly and indirectly employs thousands of people. The Humber region is ideal for chemical businesses due to the close proximity of the North Sea and the good transport links to the rest of the UK. The Humber provides an excellent method for chemical businesses of importing the raw materials and exporting the finished materials for example the oil refineries can import the raw oil and export the petrol or gasoline to the rest of the world.

The Saltend Chemical Park located on the banks of the Humber to the East of Hull, is the UK’s second largest chemical plant cluster. The Saltend Chemical Park is the location of eight world class chemical and green energy businesses which products have a global reach with 80% of production exported to Europe and beyond for example Nippon Gohsei who produce plastics which goes into food packaging and Vivergo Fuels who produce bio-ethanol which goes into petrol across Europe. BP sold the Saltend site to PX in 2017 but BP still operate the two plants on the site. This means PX are now responsible for the infrastructure and managing the whole chemical plant.

On the South Bank the chemical industry has a large presence and has some of the largest chemical plants in Europe and the UK. Both Total and Philips 66 have large scale oil refineries which supply the UK and the EU market. Also the South Bank has chemical businesses which manufacture products in highly specialised markets such as medicine and the health care industry.

Across the region the chemical contributes £6 billion into the economy and has expertise which aid in global chemical research, innovation and manufacturing. The products which are manufactured in the industry in the region are used in everyday items which includes clothes to paint and pharmaceuticals to packaging. 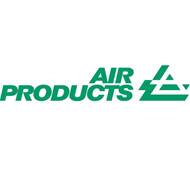 Air Products provides services to a number of customers in many industries including industrial, energy, technology and healthcare markets worldwide with a unique portfolio of atmospheric gases, process and speciality gases, performance materials, and equipment and services.

Arkema have a base between Immingham and Grimsby. The business produces a range of high performance materials, Acrylics, Coating Resins and Additives among other products

The BASF plc site in Grimsby manufactures products used to enhance processing in the oilfield and mining industries. The site, on the banks of the river Humber, employs around 50 people. It is self-sufficient, but can call on additional support from the Bradford site, which is just 85 miles away and connected by convenient and fast motorway access.

BOC is the largest provider of industrial and medical gases in the UK.

Saltend is home to Bp’s European Centre for the Acetyls Business Unit and operates two world-scale acetyls plants. The plants are the largest of their kind in Europe and produce about 500,000 tonnes per annum of Acetic Acid. The Humber is used to distribute the acid around the world. The acid is used to make a range of products from fibres, washing powder and food packaging. The plant also produces Acetic Anhydride which can be found in textiles and plastics. Also at Saltend BP has a world-class research centre which focuses on processing technology.

Cristal is a global business which looks at titanium technologies and protecting the environment. The business operates around the world including a site in Grimsby. At the site, titanium dioxide is produced and is the second largest producer in the world. It is used in diverse products such as printing inks, paper, ceramics to name a few. The plant hires 500 highly trained people and utilises approximately 100 contractors across a range of services using local companies.

Croda Chemicals produces chemicals for a wide range of products including health and beauty, engine lubricants and plastics to name a few. 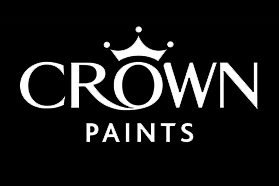 Located in Hull, Crown Paints has its second largest manufacturing site in the UK. The site produces a range of different paints and employs around 250 people.

Guardian Industries has a manufacturing facility in Goole near to the M62. The facility manufactures sheet glass for the UK and EU markets.

Jotun Paints has a factory in Flixborough which manufactures paint and employs over 200 people. Also at the site there is a new research and development team to develop new and existing products.

The Nippon Gohsei manufacturing Facility in the UK is situated on the Saltend Chemicals Park west of Hull. The Site occupies a strategic position on the east coast of the UK with good access to ports including Hull and Immingham to access mainland Europe. The road network provides an excellent passage to the UK as a whole. The Hull site makes SoarnoL which is an environmentally-friendly ethylene vinyl alcohol copolymer (EVOH). This is used extensively as a gas barrier in multi-layered plastics packaging such as bottles and containers particularly for the food industry.

Novartis located to the north of Grimsby is the UK affiliate of Swiss-based Novartis AG and is one of the largest and most widely respected and well known healthcare companies in the world. In the UK Novartis employs over 1500 people across four sites, including Novartis the site at Grimsby. The Grimsby plant is used for the active pharmaceutical side of the business.

Omya UK has a factory in Hull which produces all of their chemical products like Caloxol, Fluorox, Garolite and Multisperse. The business also has its technical centre based in Hull which carries out research and developments on new products.

Robert McBride in Hull manufacture aerosols and cleaning products for markets around the world for example OvenPride. 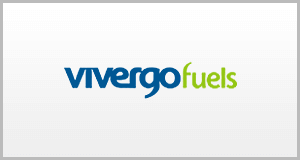 Vivergo Fuels is owned by British Sugar and DuPont vivergo operates a bio-ethanol plant. The plant is one of its biggest type in Europe taking 1.1 million tonnes of feed wheat and transforming it into 420 million litres of bio ethanol each year and 500,000 tonnes of protein rich animal food. 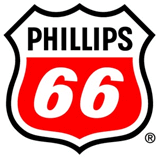 Phillips 66 Humber Refinery is located on the Humber Estuary at South Killingholme. The refinery can handle 11.5 million tonnes per year of oil, diesel and petrol and these are the main products produced at Philips 66. A large percentage of the oil is supplied from the North Sea meaning that the Humber is an ideal location. Also the location allows for easy distribution around the UK and the world.

The Total Lindsey oil refinery is currently Britain’s third largest with an output of over 200,000 barrels per day and 10 million tonnes per annum. The plant has some of the most advanced refining and conversion processes available. The refinery has comprehensive logistics infrastructure which includes road, rail, sea and underground pipelines. The site has a team of 1000 employees and uses contractors from the local area.

HCF Catch is a non-profit organisation which is led by industry supporting the process, energy, engineering and renewable industries in the Humber region. It does this through a number of methods including training courses and schemes, working with local authorities and the private sectors to help develop and promote skills and qualifications in the area. The organisation is made up of over 400 members from the chemical industry and eight other industries. A few of the members are BP Chemicals, British Steel, East Riding of Yorkshire Council, Phillips 66 and Juton Paints to name a few.

HCF is located on the South Bank of the Humber and is just outside Grimsby. The organisation has a £12m facility that is home for and aids training programmes such as health & safety.

The facility has a number of different elements which can be used for training and these are:

As part of these course there are elements of hands on training such as carrying out a shut-down of a manufacturing plant.

As well as offering regular courses like above, HCF CATCH can offer specialised courses by working directly with businesses to create bespoke training courses to meet a specific need.