Select a start and finish point from the map

The Humber region has good road links connecting it to the whole of the UK. The four major Humber Ports are linked via the M18, the Humber Bridge and A63.

The high standard of the road network around the Humber, allows for businesses all over the UK to utilise the link into Europe through the surrounding ports. With the high density of logistics assets such as warehouses in the M1 and the A1 corridor, the Humber has the road network to take advantage of these assets.

Due to the Humber's exceptional transport links to the UK heartland, further investments of approximately £1.5bn have been made to improve the road network across Yorkshire and the Humber, as this shows the economic potential for such a region.

The road improvement in the Humber and Yorkshire region which are currently underway, due to start before 2020 or recently completed are:

A £368 million scheme on the A1 between Leeming and Barton. The scheme is to unlock growth and boost the economy by having a motorway standard road route between Newcastle and London. – COMPLETED 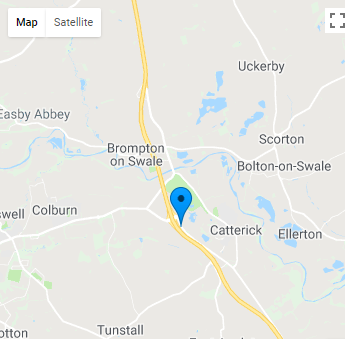 At the A160/A180 a £89 million project is underway to improve access into the port of Immingham, one of the UKs biggest ports, and the surrounding area. – COMPLETED 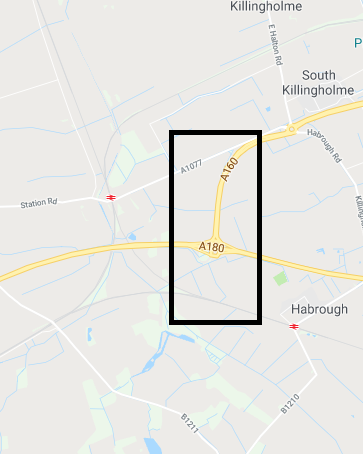 Over £100 million is being invested into the M1 between junction 32 and 35a to turn it into a smart motorway. – COMPLETED 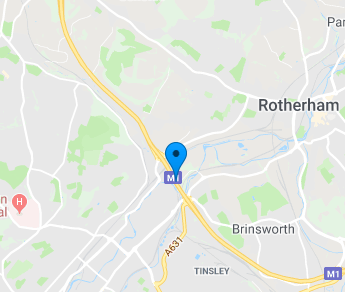 A multi-million pound project on the A63 in the centre of Hull on Castle Street. The project will ease congestion and traffic in the centre of the city going to and from the port. – PLANNED More Info
× 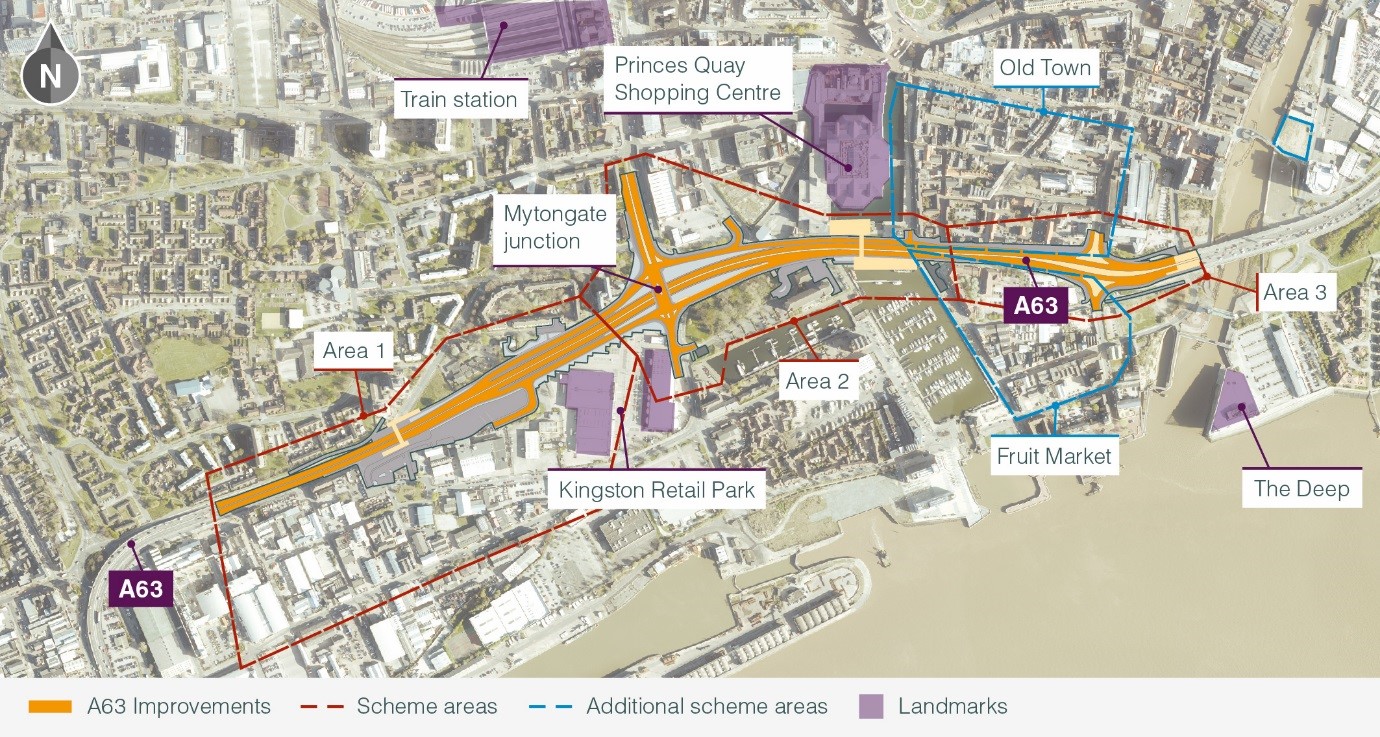 Castle Street (A63) is one of the major routes into and through Hull. It is the main route from the Hull Port to the UK road network. On one side there is the Hull Marina and on the other there is the start of the main shopping area.

The road handles about 47,000 vehicles a day and a high percentage of these are vehicles coming in and out of the Port and the major businesses to the east of the city such as Saltend Chemical Park. Also the amount of traffic using this route is likely to increase due to the opening of the Siemens Gamesa manufacturing site in the Port.

To help better manage the flow of traffic a road improvement scheme has been developed by Highways England. The scheme will see the main road put underground in order to eliminate most of the junctions which allows people and vehicles to cross over Castle Street.

The project will include lowering the main road into the ground, putting a number of bridges in to allow traffic and pedestrians to move between the north side of the A63 and the south side where the Marina and a number of other attractions like Humber Street are located. The latest start date for the project is 2020 but this hasn’t been confirmed by the government or Highways England and the project is scheduled to take between 3 and 5 years. Although the main work will not start until at least 2020, preparation work has been going on for a couple of years. This includes surveys of the area, inspections of buildings in close proximity and the removal of human remains from a Trinity burial ground which lies next to the A63 and the land is needed for construction of the new road.

The main aims of the project are to:
• Improve access to the Port of Hull
• Relieve traffic congestion in the heart of the City
• Improve the safety of people who use Castle Street, both drivers and pedestrians
• Improve connectivity between the main City centre and the area around the Marina

A scheme on the M62/M606 junction to help tackle major delays between Leeds and Bradford. - PLANNED 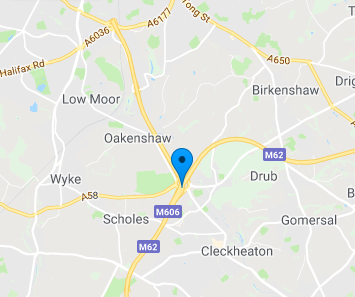 Improvements on M621 between junctions 1 and 7 to reduce congestion at the junctions. - PLANNED 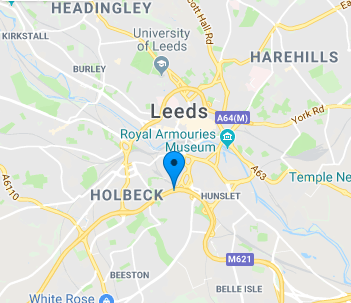 The proposal is to alter the junction of the A164 and the A1079 and to dual the A164 up to the Castle Hill roundabout. The project has been approved and funding has been awarded by Central Government. Work is scheduled to start in 2019/20 and the largest option was taken to dual the A164 from Beverley to the Castle Hill roundabout and the junction with the A1079 will be updated. - PLANNED

The A64 Hopgrove junction is having a major upgrade to help make traffic flow better through the junction. At the minute, traffic that is heading up the A64 to Scarborough can back up on the A64 back to the A1079. The plan is to help traffic flow around the roundabout and onto the A64 easily and part of the plan is to dual the A64 north of York. 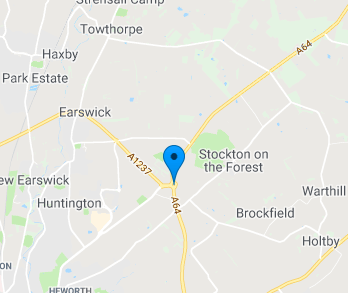 In addition to the £1.3 billion being spent on specific projects, £100 million will be spent every year for the next five years on maintenance of the road network and smaller improvements projects. The investments is part of the governments ‘Road Investments Strategy’ which plans to invest £15 billion into the UKs roads.
Download
Roadworks and Events for England